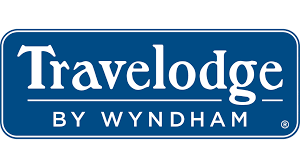 The city of  Racine is located on the shore of Lake Michigan at the mouth of the Root River.  It is located 22 miles south of Milwaukee. As of the 2010 U.S. census, the city had a population of 78,860, making it the fifth-largest city in Wisconsin. Its median home price of $103,625 makes it one of the most affordable cities in Wisconsin to buy a home. In January 2017, it was rated “the most affordable place to live in the world” by the Demographia International Housing Affordability survey. With a population of 76,000, Racine is the headquarters of a number of industries, including:

The city is also the county seat of Racine County.  Racine County is a mix of what’s best about Wisconsin and the Midwest.  A prime location in southeastern Wisconsin, Racine County is located approximately 30 miles south of Milwaukee and 60 miles north of Chicago. Interstate 94 conveniently links the Racine County with Milwaukee, Madison, and Minneapolis to the west, and Chicago and Detroit to the east.